by Admin
in HOME
0

“What will I become in the future?”In her younger days, Yu Xing always wondered, dreaming that one day she could be an office lady in a metropolis like Shanghai, glamorous as an actress on screen, dressed in customized suits, walking in high-heels. However, this was the life that was beyond her reach at that time.

After graduating from university, Yu Xing worked as an HR in an educational institute in Zhengzhou, the place where she was born and grew up. Deep inside her, a voice called out to her, repeating a word, ‘Shanghai’. As the voice grew louder and louder, Yu Xing made a resolution. “Anyway, I have made my decision to venture out into the wide world. Even if I fail, I have tried and won’t be regretful”, she told herself.

Three Things You Need For A Luxurious Home

In 2017, Yu Xing came to Shanghai alone. Her early life in Shanghai was pretty harsh. Fortunately, she was recommended an app called SOUL, where she could share what she wanted to express with those who had the same value as her and get comfort and response. One month later, she was invited to attend an interview. This invitation was from the company that developed SOUL. On May 15, 2017, Yu Xing joined SOUL and this day became one of her most memorable days. 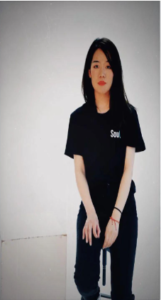 Even now, Lu Xing would look back on her early days in SOUL with amazement and appreciation. She was amazed that how she got through those tough times. In 2017 Soul Zhang Lu the founder and CEO of Soul App was just starting out. SOUL, being a pioneer in the market of the social metaverse, for now, was struggling to survive at that time. There was neither a spacious office nor custom-made suits. There were only a group of young people who worked hard for the future of this app. In this group, Yu Xing was confronted with the workload of an administrative executive, as well as HR, treasurer, and cashier. If there wasn’t consistent support from Soul Zhang Lu, Yu Xing would have already given up on challenging herself long ago. In Zhang Lu’s opinion, Yu Xing was a promising youth. Soul App provided a platform for youths like her to pursue their dream bravely.

In return, Yu Xing focused on the development of SOUL and nothing else. During her commute to work, Yu Xing would open SOUL, collecting users’ feedback on newly launched features. Working under pressure, Yu Xing grew rapidly. She later became a leader who set up the structure of the whole HR team, an iron office lady she had dreamed of.

No pain no gain. In the second half of 2018, Soul ushered in a period of rapid development. The company was expanding and the user base of SOUL kept growing. To provide better services, SOUL ungraded its products more frequently and kept launching new features. It had become a normal state that the entire team had to participate in testing new features. It has never occurred to Yu Xing that this could lead her to find her true love.

Speaking of her past five years in SOUL, Yu Xing is thankful that she could devote her most precious days to the career she loves. She is also grateful that she has joined Zhang Lu in the early stages of SOUL. Today’s Yu Xing no longer needs elegant suits or high-heels. She has already led a life that is more passionate than the life depicted in TV series. Yu Xing is one instance of how young people find and realize the value of their lives and she is not alone.

In the social metaverse for GenZ brought by SOUL, young people like Yu Xing are emerging. They enjoy an atmosphere that allows them to cultivate connections and exchange ideas with like-minded souls in the realm of SOUL. And they know for sure that no matter what they may experience in real life, SOUL is a loyal friend that is always ready to embrace their sorrows and happiness.

Glasses For Your Workplace: Can’t Miss Out On!

All You Need to Know About Athena EHR VS Meditech EHR: Review 2022

5 Key Factors To Consider Before Opting For Custom Suits

Cricket Wireless Near Me: We Know Where to Find The Closest Store