by Amelia James
in BUSINESS
0

New York City is one of the most luxurious places to live, not only in the USA but in the world as well. With head offices of every major company in the world based in New York, it is home to many corporations, budding new ideas, and successful start-ups. Living in New York is a dream for many Americans. Still, with the inflating rent and property prices, it is no surprise that most of the American population cannot live in NYC     .

Manhattan is one of the five boroughs of New York City and is situated in the mid-center of the city. The borough is home to iconic New York City sights such as the Empire State Building, The Statue of Liberty, One World Observatory, Central Park, The Metropolitan Museum of Art, and many more. However, due to its ideal location and fantastic offerings, it is one of the most expensive places to reside.

Top wrist watch brands in USA Boost up your Personality

Industrial Lubricants: What You Need To Know

Most six-figure wage earners cannot afford to live in Manhattan and have long ago been forced to live in the outer boroughs.  Those residents actually spend a great amount of money to rent a substandard apartment in an off-location that does not support their work or lifestyle. This was the main problem detected by Stephen Jemal when he shifted his focus from waterfront development properties to developing residential projects in Manhattan, New York City. 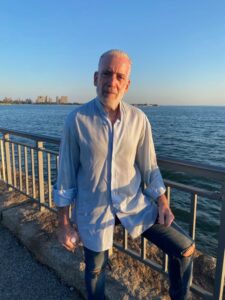 Why Is Affordable Luxury Living Necessary in Manhattan?

As an innovative real estate developer, Stephen Jemal, delved deep into the Manhattan real estate industry with his eldest son Norman S. Jemal, and discovered a niche that no other real estate development company was working towards delivering: Affordable Luxury Apartment Living. With the demand for Manhattan rental apartments surging in the market, coupled with a paucity in supply, this concept is sure to make heads turn and gain instant notoriety once the CENTRAL brand and concept is launched in Manhattan.

The current high-rent apartments and living spaces in Manhattan are built with the focus on being marketed to multi-millionaires as opposed to the six-figure working-class New Yorker. With an affordable luxury apartment, the CENTRAL resident can easily enjoy their lifestyle while also taking advantage an amenities-rich package that perfectly synchronizes with their desired lifestyle and at an heretofore unheard of affordable price-tag.

Who Is Stephen Jemal?

Many people who are aware of the brand “Nobody Beats The Wiz” will know the genius founder behind it, Stephen Jemal, who strategically took the brand to great heights. Stephen Jemal is an honorable citizen of the United States who was born in Brooklyn, New York City, to Norman N. Jemal and Sally Jemal. He was the youngest of eight siblings but had a fire in his belly to conquer something truly great from a very young age.

As his father operated a discount bargain store in Spanish Harlem, Stephen contributed to his family by manning the electronics concession section. His father’s advice, mentorship, and guidance are something Stephen utilizes daily and holds dear still to this day, as it allowed him to start up his first electronics and records store in New York City. By age 16, Stephen Jemal had become incredibly successful with his venture and had three electronics and records stores in the same area as his father.

In 1976, the great electronics retail store chain “Nobody Beats The Wiz” was born, when his Great Father found the first Wiz location in downtown Brooklyn on Fulton Street. Nobody Beats The Wiz was not only famous in New York City but had spread in various cities and around six states in the USA and ultimately became the 13th most recognized brand name in the entire USA. After developing his seventh store, Stephen needed to better control the rapid expansion of The Wiz and established an in-house construction and fixture manufacturing company. The Wiz, now armed with its own in-house construction and maintenance company was able to rapidly expand to 110 stores with 6,000 employees and sales in excess of $2B. Jemal had 600 specialty construction and fabrication tradesmen working under him to design, plan, build, install and maintain all these stores as well as shopping centers. This unique methodology and approach saved huge amounts of time and dollars. This decades long Wiz expansion enabled Stephen to develop his excellent intuitive creative, developmental and organizational talents along with tremendous networking capabilities with some of the most seasoned and experienced professionals that the real estate and construction industry has to offer that Stephen has tapped into for his latest enterprise: CENTRAL. 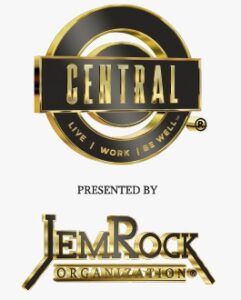 All You Need to Know about CENTRAL

CENTRAL is not just any luxury residential project, but it’s a pioneering developmental idea that is a need of the hour, since it is not only filling a desperate need for a shortage of rental apartments but accomplishing this in an affordable manner that will be marketed to the six-figure earning masses of the population, rather than solely to the millionaires. With rising rent prices and uncertain economic conditions, hardworking upper working-class people who cannot otherwise afford to live luxuriously in Manhattan are forced to live in substandard apartments in the outer boroughs and still paying top-dollar. There’s a bidding war ensuing currently on rental apartment properties in Manhattan with barely any supply, making renting and living in New York City a nightmare for many entrepreneurs.

Stephen Jemal’s vision for CENTRAL could not come to fruition without the help of Norman S. Jemal, his son who is also the Member & COO of JemRock Organization. Norman helped Stephen, along with the full JemRock Team to collect data on Manhattan’s residential market and researched intensively to find methods that would make the project’s construction much more affordable as well as feasible. 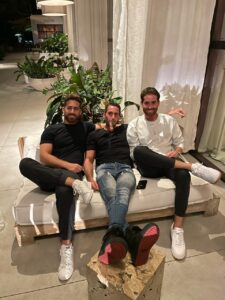 As a solution to this huge demand for and shortage of supply of rental apartments in Manhattan, Stephen Jemal gathered the best of the best professionals present in New York to help build a residential project that would expeditiously solve this dilemma and address all the barriers of entry. With a powerful legal team and team members specializing in construction, architecture, marketing and PR, JemRock is focused on accessing the right capital partners to realize his vision of a market-rate rental conversion project marketed at an affordable price. CENTRAL is a living space targeted toward six-figure salary earners with an active lifestyle and social life who have been totally neglected until now.

These top-of-the-line buildings already exist in Manhattan, making the multi-building project’s construction much more cost-efficient and time-expedient. Instead of taking years, similarly to a ground-up construction project, this development project will be completed in only a mere 12 to 18 months. Building materials and supplies will be purchased by JemRock directly from the original manufacturers in bulk thru master orders to save time and money. The CENTRAL trademark pending slogan is: “Live, Work, Be Well’ and that truly defines the lifestyle a resident will be enjoying. Each building will contain a “WorkWell” component where the resident can commute down to work via an elevator ride to the second floor and rent an glass enclosed work-station cubicle featuring a centrally located glass enclosed, available by reservation, state-of-the-art, video conferencing room for larger meetings. The upper floor of each building will contain: “FitWell”, which will feature a state-of-the-art fitness studio, including yoga, pilates, gymnasium, organic juice bar and restaurant all connecting to a rooftop decks to capitalize on the magnificent Manhattan views, featuring a bar, lounge area, fire-pit with live DJ performances; really creating a club-like atmosphere and vibe that meshes perfectly with exactly whom CENTRAL is marketing to in the first place.

Stephen and Norman S. Jemal have integrated this profound idea and credo: “Live, Work, Be Well” into every aspect of CENTRAL. CENTRAL will allow residents to rent luxurious yet affordable apartments that carry the charming aesthetics of the 1920s. Transforming these beautiful pre-war buildings and retrofitting them with these amenity rich features articulated above and packaging it all together at an affordable price will be historic and very well received by the masses of six-figure earners yearning to live in Manhattan that just cannot afford the rent!

Healthiest Water in a Can Where to Buy

FSSAI Licence And How It Impacts Food Safety Standards